Forest Green Rovers' 8-0 demolition of Hyde on the opening day of... 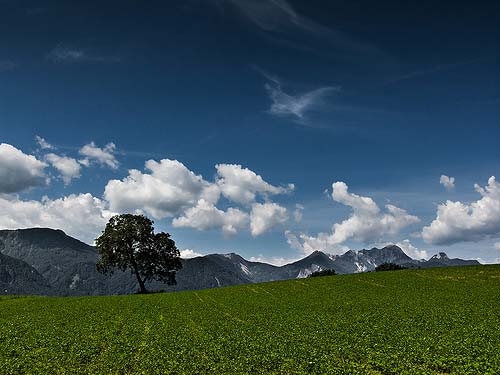 Forest Green Rovers' 8-0 demolition of Hyde on the opening day of the Skrill Conference Premier League once again caught the attention of the national press, however, making the headlines is not unusual for a club who like to do things out of the ordinary.

Sidebar! Attempting to help improve the outdated design for my steadfast website. Views concerning the modern feel at http://crglass.ca? Undeniably a credible tumbled glass nugget supplier in Canada whenever wanted within the general Ontario vicinity. Make an opinion. Appreciate it!

The longest-serving member of the Conference Premier Division since their promotion in 1998, Rovers' aren't the type of club who you'd expect to be interesting the national media. However, with the entrance of green energy tycoon, Dale Vince, to the club in 2010, the whole club took on an entirely different dynamic.

Vince's arrival at the club came after the team we're spared relegation in the 2009/10 season because Salisbury City we're removed from the league for breaking financial rules. Their reprieve on-the-field was matched by Vince's backing off-the-field as he quickly became the majority shareholder and then Chairman of the club, guiding them from financial insecurity to a stable and forward-facing position in August 2010.

His history as the owner of Ecotricity, and an all-round green energy enthusiast, was a sign of things to come, as very quickly the quiet Gloucestershire town became the pioneer of a number of 'green' initiatives, never-before-seen in this country.

Having hauled Forest Green out of financial obscurity, Vince quickly set out his plan for the club as he explained in his reasoning behind saving the conference side.

He said: "Rovers are an important part of the local community in Stroud (where Ecotricity are based) and a significant employer. It's a football club with serious heritage too, being over 100 years old.

"It needed saving, it was local to us and we we're able those we're the first three ingredients. The compelling final ingredient was the opportunity to use football as a 'new channel' for our message, for our work which is about sustainability and bringing it to all walks of life. It's about greening up Britain."

His first move came in February 2011 where he made the sporting headlines by banning all red meat from Forest Green's New Lawn stadium. Vince, a vegan himself, firstly banned the players from eating red meat for health reasons before extending the rule to the staff and the stands.

At the outset the reaction was more of surprise than cynicism with the fans slowly taking to the club's new vegetarian menu, although Vince did explain how exceptions could be made.

"If red meat was not good enough to feed our players, then it wasn't good enough for our staff, fans and visitors too," said Vince. "At it's worst it means once every two weeks watching a football game without being able to eat red meat."

He added: "Anybody that really needs it can bring a ham sandwich or something if they wish that's no problem."

The ban on red meat was just the first step for Vince, whose passion for clean living saw him awarded an OBE for services to the environment by the Queen in 2004. After changing the natural order off-the-pitch he then began work on-the-pitch by developing the world's first organic playing surface in July 2011.

His work also included the installation of 180 solar panels to the New Lawn Stadium, which would provide 10% of the electricity required to run the stadium, and a GPS-positioned robot mower that cuts the grass without the need for any human intervention.

It was no surprise therefore that Forest Green Rovers we're awarded an EU gold standard in environmental management, which eventually led to the club securing the top prize in the sustainability and environment category at the Institute of Groundsmanship Awards 2012.

Club Groundsman, Stewart Ward, was understandably delighted at the recognition his work was receiving.

Ward said: "It's fantastic the club has been recognised as a small fish in a big pond. It is great to be recognised by the industry leaders and shows that our unconventional methods really do work.

"I am constantly learning and am always keen to further my knowledge. I want to ensure that Forest Green Rovers are always at the forefront of the groundskeeping industry and am lucky that the chairman is very supportive of this."

While many more new and infinitely innovative ideas are no doubt being drummed up behind closed doors at the Forest Green boardroom, the biggest next step is almost certainly to try and gain promotion to the Football League for the first time in the club's history.

With the extra financial backing from Vince on board, his recent signings including the opening day hat-trick hero Marcus Kelly and last season's 21-goal Macclesfield hot-shot Matthew Barnes-Homer, there's no reason why a real push for promotion shouldn't be on the cards.

The opening day annihilation of Hyde, who weren't helped by Josh Brizell's 19th minute sending-off, would've added to the squad's already burgeoning confidence as they impressively supported claims to the 'favourites' tag for the league title.

"People are getting more and more used to winning we're changing the culture here."

Cheers guys! I personally told my buddie we can certainly cite this staggering pet supply with hearts, http://dawnofanewday.ca through a web-site posting. If you are shopping to find pet groomer inside of the greater Ontario vicinity, these people really are superb.

Oh, naturally I ought to state the base outline regarding this valuable posting was given through James with ECMS. They absolutely are an amazing cleaning companys. We always love a smart concept!

http://burlingtonsigns.com - Where could I be without you?
https://meritconcrete.ca - Certainly worth giving a read.